UPDATE: The West Chester Police Department donated $5,400 to Hope's Closet this winter. A representative from the Butler County non-profit organization was on hand to accept the gift at police headquarters Friday, Dec. 20 – just in time for Christmas! Chief Joel Herzog said donations poured in not only from West Chester Police officers and staff, but also from members of the greater community at large. And it's still not too late to make a contribution! Those interested can drop off in-kind donations under the Christmas tree inside Township Hall, 9113 Cincinnati Dayton Road. Donations will be accepted during regular business hours through the holiday season. For a list of accepted items, visit Hope's Closet's website: http://ow.ly/kmZo50xFwWw 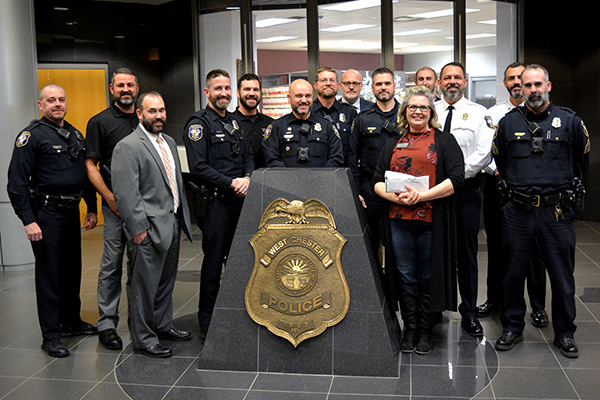 Goatees, and beards, and mustaches – oh my!

Don’t be surprised if you meet a West Chester Police officer wearing one of these fun facial hair styles this month. Stubble is making its third straight appearance among the ranks and the mustache cash it generates will go to support local families.

Police Chief Joel Herzog is once again permitting his personnel to temporarily forgo the department’s traditional facial hair policy during what’s commonly known as “No-Shave” November. Officers may participate in exchange for a donation to Hope’s Closet, a Hamilton-based non-profit organization.

No-Shave November is a national grassroots movement which began in the home of a Chicago-area family circa 2009 to support cancer prevention. According to www.no-shave.org, the goal is both literal and figurative. People are invited to “grow awareness” for a good cause by putting down the razor or canceling their waxing appointments for 30 days and donating the money saved on grooming expenses.

The West Chester Police Department has raised more than $7,500 for local charities over two No-Shave November seasons. Recipients of their philanthropic efforts have been the PARACHUTE: Butler County CASA (Court Appointed Special Advocates) program in 2017 and the Mayerson Center for Safe and Healthy Children at Cincinnati Children's in 2018. 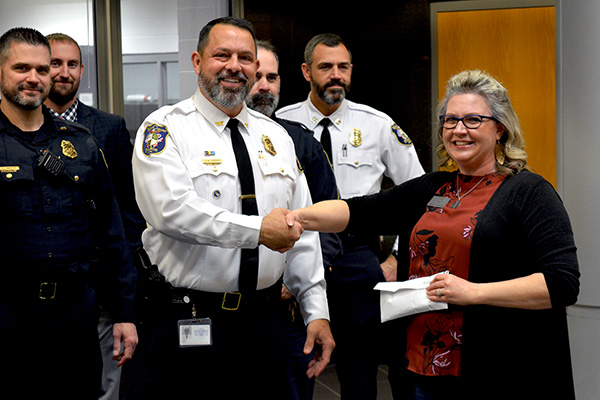