The 2020 Operational Budget, presented Jan. 21st at a public work session of the Board of Trustees, reflects West Chester’s ongoing commitment to fiscal responsibility and speaks to the priorities of the community. 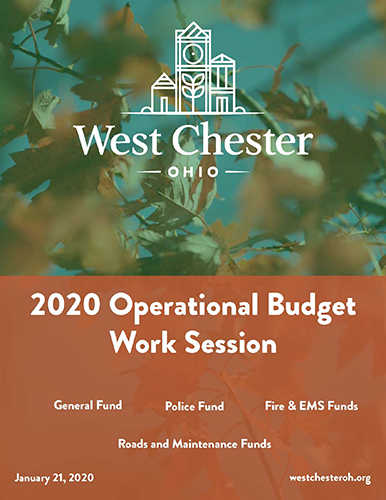 The operational budget is balanced, and gives continued significance to carryovers in the primary funds to mitigate risk and to support investment in the most critical needs of the community, said West Chester Finance Director Ken Keim.

Respondents in the 2019 Citizen Survey ranked safety, economy and mobility as the most important focus areas for the community, and expressed greatest support for further investment in infrastructure,

In 2020, more than $35 million will be invested in police and fire services for the community. This accounts for nearly 70% of the operational budget. West Chester’s financial diligence has allowed these departments to provide exceptional services relying upon levies approved by voters in 2010 (Police) and 2006 (Fire).

In 2020, approximately $2.25 million is budgeted from Roads Funds for infrastructure improvements, including culverts, curbs, paving and slurry. An additional $1.2 million budgeted from TIF goes toward similar improvements within TIF districts.

Tax Increment Financing Funds, not considered part of the operational fund, significantly affect the Township’s ability to complete infrastructure projects. TIF funds in 2020 will go toward rebuilding Fire Station 73, completion of the Union Centre DDI, security and aesthetic improvements to Township Hall, and much more.