Find news and info on COVID-19 from West Chester HERE.

Just two decades after Ohio became the 17th state of the United States of America, a 35-square-mile section near the southwest corner of the Buckeye State officially took shape, forming what is now West Chester Township.

First, though, it would come to be known as Union Township. 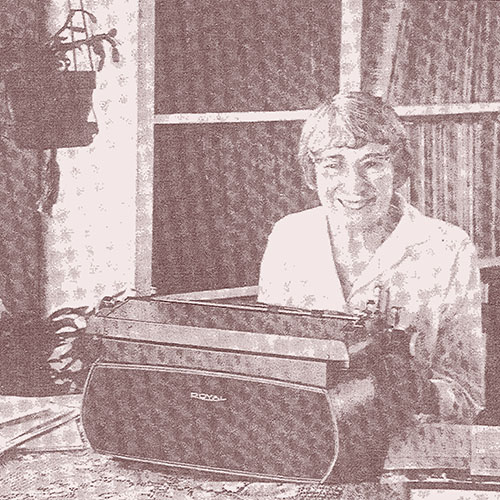 In the beginning, the geographical territory we refer to as West Chester was wholly part of its current neighbor to the north, Liberty Township. In her book, A History of Union Township Butler County, Ohio, author Virginia Shewalter (pictured) writes that at the time of statehood in 1803, Butler County consisted of just five townships: Fairfield, Lemon, Liberty, Ross and St. Clair.

And so, with history as our guide, we mark June 2 as Founders’ Day in West Chester Township. Our community is poised to proudly celebrate its bicentennial anniversary in the summer of 2023.

What’s in a Name?

When her book was first published in 1979, Shewalter acknowledged that the name of “Union Township” was chosen for reasons unknown, and those remain to be seen. However, the name stuck for more than 100 years until residents voted to change it to “West Chester” in March of 2000, with the switch becoming official on June 28 of that year.

Leaders pushed for the change in order to more clearly claim the identity of their community, which had already been commonly referred to by locals as West Chester for many years, and to cut down on confusion between other American towns of identical namesake.

For instance, just 25 miles southeast of West Chester there is Union Township of Clermont County, Ohio, also considered part of the Greater Cincinnati region. One can imagine that, in the age before the Internet and GPS, many travelers on their way to West Chester would wind up in the wrong town after not-so-successfully locating Union Township on a map.

West Chester is a name inherent to our community, dating all the way back to the early 19th century. It was used to designate one of the many little villages that make up our township – Gano, Maud, Pisgah, Port Union or Tylersville.

In the early 1800s, the village of West Chester in the area along Cincinnati Dayton Road was first known as Hogtown and later Mechanicsburgh. Settlers named it to match the trade industries popular here at the time until – not unlike times at the close of the 20th century – confusion became reason for change.

“On April 1, 1824, a post office was established, but for some reason the postal department gave this local branch the name of Chester, not Mechanicsburgh,” Shewalter writes.

“The use of the two names must have been confusing, for after two years it was decided to change the name of the village to that of the post office, Chester. West was added to Chester because the village was west of the Chester post office.”

According to Shewalter, our community’s first and oldest village made its first historic name change from Mechanicsburgh to West Chester on October 2, 1826. Fast forward approximately 174 years and the entire township would come to be known as West Chester.

Today, this particular area of West Chester Township is considered Olde West Chester and the rest, as they say, is history.

To learn more about the history of the community, purchase your copy of Virginia Shewalter’s, “A History of Union Township Butler County, Ohio,” from the West Chester ~ Union Township Historical Society.

In 2023, West Chester will celebrate its bicentennial year and we’re putting our “thinking caps” on to plan a year-long party. If you want to be a part of planning, or if you have some celebration ideas, please let us know. Complete a quick web form to get started >>